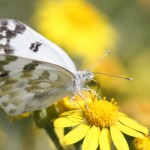 Relapse is more than just using alcohol or drugs.  It is the progressive process of becoming so dysfunctional in recovery that self-medication with alcohol or drugs seems like a reasonable choice.

The relapse process is a lot like knocking over a line of dominoes.  The first domino hits the second, which hits the third, and soon a progressive chain reaction has started.  The sequence of problems that lead from stable sobriety to relapse are similar to those dominoes.  There are two differences.  First, each domino in the line (i.e. each problem that brings us closer to substance use) gets a little bit bigger and heavier until the last domino in the sequence is ten feet tall, four feet wide, and a foot thick.  As this 10,000 pound domino begins to fall on us, it is too heavy for us to handle alone.  The second difference is that the dominoes circle around behind us.  So when the last domino falls, it hits us from behind when we’re not looking. 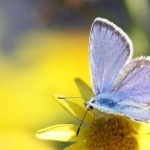 The answer to avoiding relapse is not to take up weight training so you will be strong enough to lift that last domino off of your now crippled body.  Part of the answer is to learn how not to tip over the first domino.  Another part of the answer is to develop an emergency plan for stopping the chain reaction quickly, before the dominoes start getting so big and heavy that they become unmanageable.So here we are, moving along in recovery.  We tip over one small domino.  No big deal!  That domino hits the next, and then the next.  A chain reactions gets started.  The first dominoes are so small that we can easily convince ourselves that it’s no big deal.  We look the other way and start doing other things.  All of a sudden a huge domino falls on us from behind, crushing us to floor, causing serious pain and injury in the process.  We need to make the pain go away and we reach for old reliable – the magically substances that always helped us with out pain in the past.  We’ve now started drinking and drugging.

Step 1: Getting Stuck In Recovery. Many of us decide that alcohol or drugs is a problem, stop using, and put together some kind of a recovery plan to help us stay sober.  Initially we do fine.  At some point, however, we hit a problem that we are unwilling or unable to deal with.  We stop dead in our tracks.  We are stuck in recovery and don’t know what to do.

Step 2: Denying That We’re Stuck. Instead of recognizing that we’re stuck and asking for help, we use denial to convince ourselves that everything is OK.  Denial makes it seem like the problem is gone, but it really isn’t.  The problem is still there.  It just goes under ground where we can’t see it.  At some level we know that the problem is there, but we keep investing time and energy in denying it.  This results in a buildup of pain and stress.

Step 3: Using Other Compulsions. To cope with this pain and stress, we begin to use other compulsive behaviors We can start overworking, over-eating, dieting, or over-exercising. We can get involved in addictive relationships and distract outrselves by trying to experience the orgasm that shook New York City.  These behaviors make us feel good in the short run by distracting us from our problems.  But since they do nothing to solve the problem, the stress and pain comes back.  We feel good now, but we hurt latter.  This is a hallmark of all addictive behaviors.

Step 4: Experiencing A Trigger Event. Then something happens.  It’s usually not a big thing.  Its something we could normally handle without getting upset.  But this time something snaps inside.  One person described it this way: “It feels like a trigger fires off in my gut and I go out of control.”

Step 5: Becoming Dysfunctional On The Inside. When the trigger goes off, our stress jumps up, and our emotions take control of of our minds.  To stay sober we have to keep intellect over emotion.  We have to remember who we are (an addicted person), what we can’t do (use alcohol ore drugs), and what we must do (stayed focused upon working a recovery program).  When emotion gets control of the intellect we abandon everything we know, and start trying to feel good now at all costs.

Relapse almost always grows from the inside out.  The trigger event makes our pain so severe that we can’t function normally.  We have difficulty thinking clearly.  We swing between emotional overreaction and emotional numbness.  We can’t remember things.  It’s impossible to sleep restfully and we get clumsy and start having accidents.

Step 6: Becoming Dysfunctional On The Outside. At first this internal dysfunction comes and goes.  It’s annoying, but it’s not a real problem so we learn how to ignore it.  On some level, we know something is wrong so we keep it a secret.  Eventually we get so bad that the problems on the inside create problems on the outside.  We start making mistakes at work, creating problems with our friends, families, and coworkers.  We start neglecting our recovery programs.  And things keep getting worse.

Step 7: Loosing Control. We handle each problem as it comes along but look at the the growing pattern of problems.  We never really solve anything, we just put a band-aides on the deep gushing cuts, put first-aide cream on seriously infected wounds, and tell ourselves the problem is solved.  Then we look the other way and try to forget about the problems by getting involved in compulsive activities that will somehow magically fix us.

This approach works for awhile, but eventually things start getting out of control. As soon as we solve one problem, two new ones pop up to replace it.  Life becomes one problem after another in an apparantly endless sequence of crisis.  One person put it like this: “I feel like I’m standing chest deep in a swimming pool trying to hold three beach balls underwater at once.  I get the first one down, then the second, but as I reach for the third, the first one pops back up again.”

We finally recognize that we’re out of control.  We get scared and angry.  “I’m sober!  I’m not drinking!  I’m working a program!  Yet I’m out of control.  If this is what sobriety is like – who needs it?”

Step 8: Using Addictive Thinking. Now we go back to using addictive thinking.  We begin thinking along these lines:  ” Sobriety is bad for me, look at how miserable I am.  Sober people don’t understand me.  Look at how critical they are.  Maybe things would get better if I could talk to some of my old friends.  I don’t plan to drink or use drugs, I just want to get away from things for awhile and have a little fun.  People who supported my drinking and drugging were my friends.  They knew how to have a good time.  These new people who want me to stay sober are my enemies.  Maybe I was never addicted in the first place.  Maybe my problems were caused by something else.  I just need to get away from it all for awhile!  Then I’ll be able to figure it all out.”

Step 9:  Going Back To Addictive People, Places, And Things. Now we start going back to addictive people (our old friends), addictive places (our old hangouts), and addictive things (mind polluting compulsive activities).  We convince ourselves that we’re not going to drink or use drugs.  We just want to relax.

A client in one of my groups said he wanted to go to a bar so he could listen to music and relax while drinking soft drinks.  And old timer in the group asked:  “If you told me you were going to a whore house to say prayers, do you think I’d believe you?  Well, when you tell me you’re going to a bar to drink cokes I have about the same reaction!”

Step 10: Using Addictive Substances. Eventually things get so bad that we come to believe that we only have three choices – collapse, suicide, or self-medication.  We can collapse physically or emotionally from the stress of all our problems.  We can end it all by committing suicide.  Or we medicate the pain with alcohol or drugs.  If these were your only three choices, which one sounds like the best way out?

At this stage the stress and pain is so bad that it seems reasonable to use alcohol or drugs as a medicine to make the pain go away.  The 10,000 pound domino just struck the back of our head, breaking our bones, and crushing us to the ground.  We’re dazed, hurt, and in tremendous pain.  So we reach out for something, anything, that will kill the pain.  We start using alcohol and drugs in the misguided hope it will make our pain go away.

Step 9: Loosing Control Over Use. Once addicted people start using alcohol or drugs, they tend follow one of two paths.  Some have a short term and low consequence relapse.  They recognize that they are in serious trouble, see that they are loosing control, and manage to reach out for help and get back into recovery.  Others start to use alcohol or drugs and feel such extreme shame and guilt that they refuse to seek help.  They eventually develop progressive health and life problems and either get back into recovery, commit suicide, or die from medical complications, accidents, or drug-related violence.

Other Outcomes Of The Relapse Process. Some relapse prone people don’t drink.  They may say “I’d rather be dead than drunk” and they either attempt or commit suicide.  Others just hang in there until they have a stress collapse, develop a stress related illness, or have a nervous breakdown.  Still others use half measures to temporarily pull themselves together for a little while only to have the problems come back later.  This is called partial recovery and many people stay in it for years.  They never get really well, but they never get drunk either.

What I have just described is called the relapse process and it’s not rare.  Most recovering people periodically experience some of these warning signs.  About half can stop the process BEFORE they start using substances or collapse from stress.  The other half revert to using alcohol or other drugs, collapse from stress related illness, or kill themselves.

But there is hope.  There is a method called Relapse Prevention that can teach us to recognize early warning signs of relapse and stop them before we use alcohol and drugs or collapse.  That’s what my next article is about.  There’s also a process called Relapse Early Intervention that helps us set up an emergency plan to stop relapse quickly should it occur.  We’ll cover that in our third article.